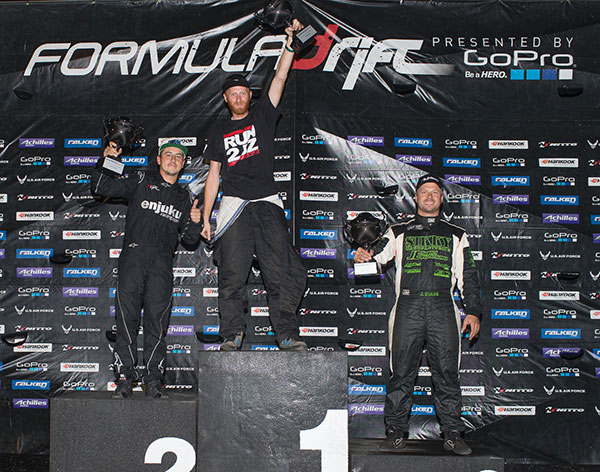 The finals pitted Nate Hamilton in the One44 Motorsports / Enkei Nissan 240SX against Wicknick. Unfortunately, Hamilton’s vehicle had mechanical issues and was not able to make it to the line giving the victory to Wicknick. James Evans in the Sikky Manufacturing Nissan 350Z rounded out the podium in third place.

“I’m really happy about winning. It’s been a long time coming,” said Brandon Wicknick, winner of Round 3 of PRO 2. “Obviously there were circumstances that lead up to the finals that weren’t ideal as I would of liked to fight harder for the win, but I can’t complain. I’m super happy and I’m proud of our team.”

With one event remaining in the inaugural PRO 2 season, less than 60 points separate the top five drivers in the chase for the PRO 2 championship. Currently, Geoff Stoneback is in the lead as the series heads into Irwindale Speedway for the finale.

“PRO 2 has added a new level of excitement to the event weekend,” says Jim Liaw, President of Formula DRIFT. “The PRO 2 championship chase is and still up for grabs and Irwindale Speedway will be a true test for the drivers for the final event of the season.”

The 2014 Formula DRIFT PRO 2 season continues with Round 4 on October 9-10 at Irwindale Speedway. For more information visit: www.formuladrift.com and find Formula DRIFT on Instagram @formulad, Facebook www.facebook.com/formuladrift and Twitter @FormulaDrift.

Last High-Powered Events in Fort Worth, Texas, and Irwindale, California, to Bring Out Thousands of Fans 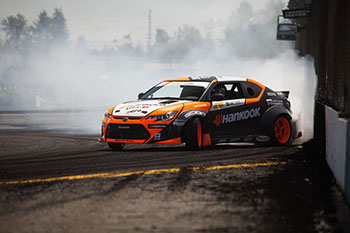 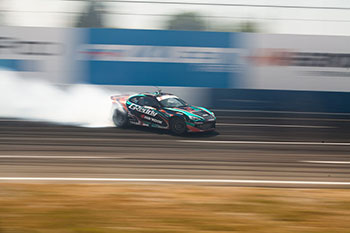 Long Beach, Calif. – September 9, 2014 – With the Formula DRIFT podium in reach for Scion Racing, drivers Fredric Aasbo and Ken Gushi are revving up their engines for the final two rounds. Round 6 will take place Sept. 12-13 at Texas Motor Speedway in Fort Worth, Texas, and Round 7 on Oct. 10-11 at Irwindale Speedway in Irwindale, California.

In the highly competitive Formula DRIFT field, 2014 Hankook tC driver Aasbo emerged as a fierce competitor this year, currently holding second place. In addition, 2014 GReddy FR-S driver Gushi ranks in 14th place, after both drivers fought to overcome challenges on the track throughout the season.

“With a little luck, a very competitive tC vehicle and a lot of hard work from the team, it’s been a really successful ride this season,” Aasbo said. “For the final event at Irwindale Speedway, we will increase the power and really push the limits to end the season strong. Hopefully with a win!”

The Irwindale Speedway holds the title “House of Drift” for its role popularizing the racing style. The event is expected to draw more than 15,000 fans from around the region. Both in Texas and California, drivers will face demanding tracks and hot temperatures that require vehicle adjustments.

“There’s nothing quite like the challenge and adrenaline of these final two races, and I’m looking forward to giving fans a show,” Gushi said. “Every race this season has put our team to the test, and I can’t wait to take the FR-S out to finish it right.” Fans attending the final Formula DRIFT rounds can anticipate Scion Racing on-site. The limited edition FR-S Release Series 1.0 vehicle will be at Irwindale Speedway to showcase its unique racing-inspired features, including a custom-designed aero kit with a rear spoiler.

“These final two Formula DRIFT rounds will challenge Frederic Aasbo and Ken Gushi while capping off an extremely successful Scion Racing season,” said Landy Joe, Scion auto shows and special events manager. “Anyone who wants to witness the capabilities of the Scion tC and FR-S in a new light should be in the crowd at Texas Motor Speedway or Irwindale Speedway.” 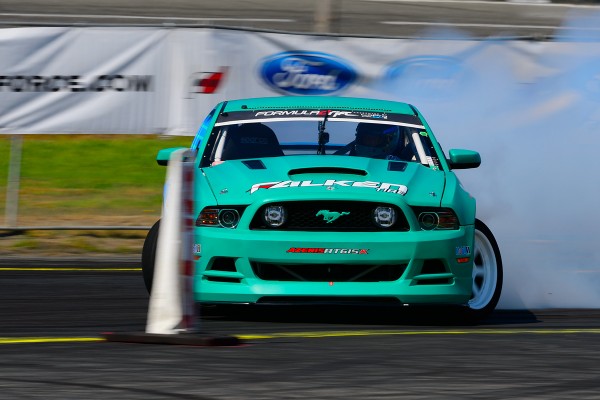 Long Beach, Calif. – July 30, 2014 – Formula DRIFT’s popular web-based program, “Formula DRIFT Insider,” returns this Sunday, August 3 at 10:30 AM (PST) / 1:30 PM (EST). The years show will provide a behind the scenes companion to the live-to-tape NBC Sports Network program. Formula DRIFT Insider will travel with the drivers to their homes, on the road and give an exclusive look from the driver’s point of view of what goes on during the live competition.

“Fans will be excited to see the premier episode,” said Ryan Sage, vice-president and co-founder of Formula DRIFT. “As it covers the drama and unfinished business between 2013 champion, Michael Essa and the current points leader, Chris Forsberg.”