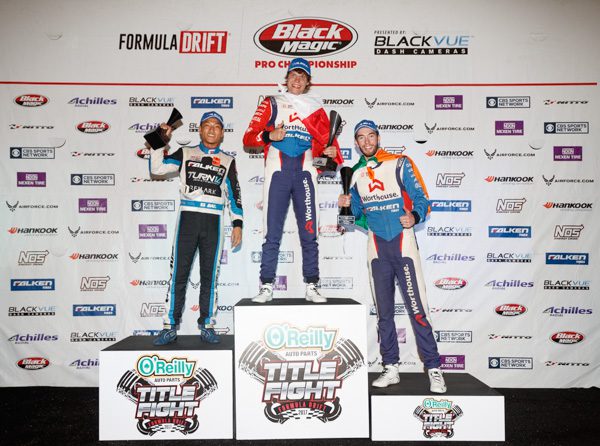 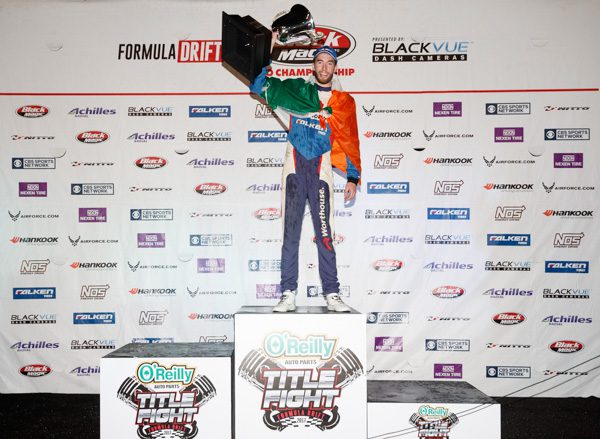 “It’s been such an intense weekend at the biggest event I’ve ever competed in with the championship on the line at one of the craziest tracks I’ve ever driven,” said James Deane, 2017 Formula DRIFT champion. “It is also my birthday today so there was just so many emotions and with so many fans coming in from Ireland and Poland, I just wanted to put on a good show. It’s just been a dream season.”

The sold out crowd came for one last Formula DRIFT finale at Irwindale Speedway, which is often referred as the birthplace of US drifting. The Livestream drew over 1 millionviews over the course of the event.

“This was an incredible season that saw the rise of two exceptional international drivers. It’s a testament of the talent in the Series having the best drifters in the world choosing Formula DRIFT to compete,” said Jim Liaw, President of Formula DRIFT. “We look forward to our 15th season and have some exciting things planned for next year.”

In the Top 4, Vaughn Gittin in the Monster Energy / Nitto Tire Ford Mustang RTR faced off against Daijiro Yoshihara in the Falken Tire / Turn 14 Distribution Subaru BRZ. In his chase run, Gittin made contact with the wall giving the win to Yoshihara to move him into the Finals. While in the Great 8, Deane and Aurimas Bakchis, made contact, which Bakchis was deemed at fault. Deane failed to get his car fixed in the allotted time giving his Worthouse teammate the win to put him into the Finals. In the Finals, Yoshihara and Wiecek had a very close battle, but the speed and proximity of Wiecek was too much to overcome. Wiecek takes his first Formula DRIFT victory and secured his Rookie of the Year honors

“I feel amazing,” said Piotr Wiecek, winner of Round 8: Title Fight. “It’s such a great atmosphere and such a great sport. I’d like to thank my whole crew and teammate James. What an unbelievable season.” 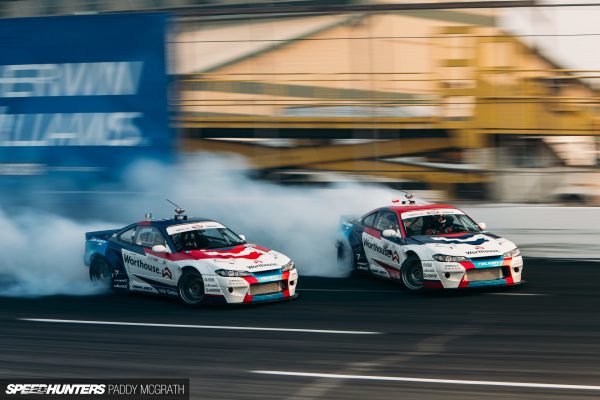 The new Worthouse Drift Team’s duo of Piotr Więcek and James Deane will make their debut in the Formula DRIFT Pro Championship in Long Beach, CA this weekend aiming to make their mark on the US drifting scene after years of dominating in Europe.

The Worthouse Drift Team is set to take part in all eight rounds of the world’s premier professional drifting competition with a pair of Falken Tire-shod, 900 hp Nissan Silva S15s maintained by Bridges Racing and driven by Piotr Więcek, a 27-year-old Pole and three-time, reigning Polish Drift Masters GP Champion, as well as the 25-year-old James Deane from Ireland, a five-time Irish and European Drift Champion. END_OF_DOCUMENT_TOKEN_TO_BE_REPLACED

At the time of writing, there’s just one month and 18 days to the first round of the 2017 Formula Drift championship.

While we might have to wait until then, for some, the new season has been underway since the day immediately after the 2016 Irwindale finale, if not earlier, as is the case for this particular story. By now, you’re likely aware of James Deane’s and Piotr Więcek’s intention to contest the entire 2017 FD season; you might also have seen the renders and details of their new cars.

For the newly-formed Worthouse Drift Team, these announcements and reveals may have been the easiest part of the puzzle. The real challenge is in the preparation for competing a full championship on another continent.

Further to this, there’s the extra challenge of building the two new cars some 2,000 miles apart from each other. The cars for all intents and purposes will be practically identical; the only considerable difference being that James’ car will be right-hand drive while Piotr’s will be left-hand drive. This was a deliberate decision, as it means the team only needs to carry one set of spares from event to event.

It’s also meant that the two new teammates have had to co-design the new cars, with compromises being made along the way. It has also meant a near never-ending stream of phone calls and messages between both sides of the team in Ireland and Poland. To keep things simple, I’ve been following James’ side of the build at Deane Msport while Piotr’s build progresses in Poland.