Long Beach, Calif. – March 20, 2012 – Formula DRIFT has announced the continued support from X-mini that will include the introduction of the “X-mini Rookie Challenge.”

The X-mini™ Capsule Speaker™ is the leader in pocket-sized portable speakers hailing from Singapore and currently sold in 80 countries around the world.

Ryan Lee, CEO of Xmi Pte Ltd, the company behind the X-mini™ Capsule Speakers™, said, “X-mini™ is proud to be a partner of Formula DRIFT and we are thrilled to offer support to the growing talent pool competing in the Formula DRIFT circuit.”

“We are excited to continue our relationship with X-mini™ and also to have them support the young guns of drifting,” said Jim Liaw, president and co-founder of Formula DRIFT. “This will be a great incentive for the 2012 rookies to compete for.” 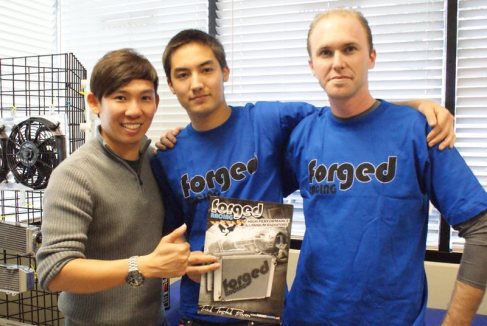 We are pleased to announce that Forged Racing has signed on as a title sponsor for Ryan Kado in the 2012 Formula Drift series! After a successful partnership with Forged Racing in 2011, we are excited to continue using the new Forged Racing 4 row radiator, as well as products from Forged Racing’s partner companies Ultra Racing and DNA Motoring. See you at Long Beach! 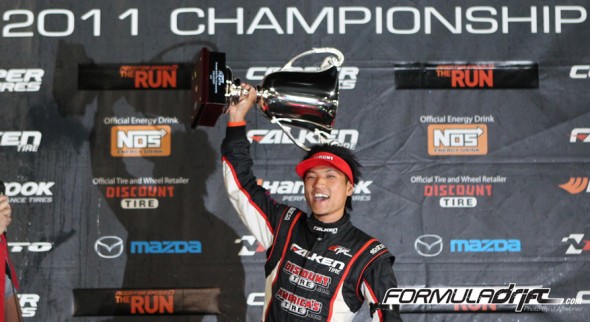 Long Beach, Calif. – February 15, 2012 – Formula DRIFT prepares to begin the ninth professional championship season. Round 1: Streets of Long Beach on April 6-7 tickets are now on-sale and can be purchased online via the Formula DRIFT website, www.formuladrift.com.

“We are especially excited to kick-off another season in Long Beach,” said Jim Liaw, president and co-founder of Formula DRIFT. “This will be our fifth consecutive year utilizing the Toyota Grand Prix of Long Beach Street Course, which is the only street course in the Championship. With new drivers, new competition vehicles and non-stop drifting action we are expecting another sell-out crowd.”

Round 1: Streets of Long Beach will feature the championship defense for Daijiro Yoshihara, the debut of the Scion Racing FR-S driven by Ken Gushi, and the introduction of a new judge to the Series. New drivers and vehicles will make their debut at this season opener including 2011 Formula Drift Asia Champion Daigo Saito leading the international charge of drivers from 14 nations.

Tickets are now available for Round 1: Streets of Long Beach on April 6-7, including reserved seating, 2-day ticket packages, and VIP tickets. Tickets can be purchased through http://formulad.com/schedule/tickets/, Ticketmaster outlets, and the Long Beach Convention Center box office. Ticket prices start at $28 online with reserved tickets available for Saturday’s competition day. 2-day packages are also available along with VIP ticket packages. Save on additional fees by purchasing your ticket at the Long Beach Convention Center box office directly.